Home » The Milestone Blog » The Rising Cost of Insurance

The Rising Cost of Insurance 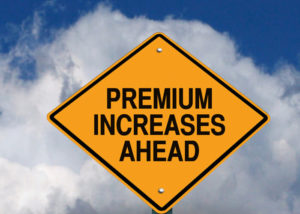 If you live in North Texas, and you own any type of property (Auto or Home), you may have noticed a significant increase in your insurance premiums in the last three years. This seems to be the same across all the carriers offered in Texas. Some carriers have even stopped offering insurance here because of it. The question I am asked a lot as an insurance agent is “Why the increase in my premium? I didn’t do anything.” Sometimes, an increase in your insurance premium has nothing to do with your personal activity at all.

Insurance is basically a group of individuals paying into a pool. The amount they pay into that pool is called a premium. These premiums are used to pay for incidents that occur to anyone who paid into the pool. The more risk associated with someone, the higher they have to pay in premium compared to everyone else. The goal of the insurance company is to break even or to have the sum of the claim settlements equal the amount of premium paid each year. When the company is at risk of having the claim settlements surpass the premium paid, they have to increase the rates for everyone. Insurance companies make money to provide services and claim support by investing the premium into low risk investment accounts. As an insured, you are not actually paying the insurance company. You are helping to support the other people insured and vice versa.

Based on research done by our agency, there are 3 factors that are affecting insurance rates in the State of Texas. They are weather, cost of vehicles, and an increase in drivers.

Southern Texas was hit by a massive hurricane at the end of August in 2017. This caused huge amounts of damage and millions of dollars in insurance claims. Many carriers (like State Farm) took a big hit last year. They had no choice but to raise their rates in order to continue to provide insurance in the State of Texas. This is the same for almost every carrier.

The year before, North Texas experienced two large hail storms back to back. Insurance companies took a large hit and just when they were close to recovering from this, boom, Hurricane Harvey hits. If Texas weather can remain calm this year, we may see a decrease in premiums soon.

As vehicle technology grows, the cost to repair vehicles grows. Back up cameras, back up sensors, and more advance car computers add a lot to the total repair bill. Even though you may drive an older car, you are still in a pool with a lot of new car owners.

As the population of Texas increases, the number of drivers on the road also increases. With more people, the chances of accidents get higher.

Using an independent agent is the best way to combat the increase in insurance premiums. We can offer you rates from carriers not affected by the factors mentioned above for a variety of reasons. See what Milestone Insurance can do for you today!